Note: This article is now outdated as the Stanford EE Quals moved to an entirely committee-based quals format in 2018. However, I’ll leave this here for those that are curious about the old format

I just finished the Stanford EE quals last week and passed! After a month of frenzied studying and stressing, it’s finally over. During this time, I’ve read countless articles about quals: failing quals, passing quals, quals advice, quals statistics - venturing deep into the pages of Google results. As such, I’m writing this article to provide my experience and advice, with the hope that it will help future students preparing for this exam. While my top two areas were linear systems and probabilistic systems, most of this advice should be relevant for other areas too.

When I took quals in 2017, the exam consisted of 10 individual twelve-minute exams with 10 different professors. More information can be found here, on the Stanford EE website. I know, the website says it’s 10 ten-minute exams. However, the official email with our quals schedule said tweleve minutes. In any case, expect your exams to last between ten to twelve minutes. Additionally, one of the major differences between the exam when I took it and previous years was that students no longer select which professors they would like. Instead, students select their top 4 areas and the departments assigns 4 professors from their top area, 3 from the second, 2 from the third, and 1 from the last. I personally preferred this because I no longer had to research all the different professors, meaning one less thing for me to worry about.

Before getting into my advice, I’ll first start by describing my philosophy on the quals. In constrast to many other programs, the Stanford EE quals are not directly based on your research or field, but rather broad areas in EE. In some sense, this is more similar to the comprehensive exams given in some programs. For some, this makes it harder to find motivation to study, since much of the material may not be of that much interest to you (especially your 3rd and 4th areas). At first I was also a bit turned off by this, but in hindsight this just seems like a relatively small hurdle on the path towards a PhD.

The most commonly cited reason to not worry (too much) about quals is that since an advisor can pass you through quals, your top priority should be finding an advisor. Additionally, since you’ll need an advisor anyways even if you pass quals by yourself, it makes sense to just have your advisor appeal for you (see the committee quals site). While this would be ideal, most professors still seem to prefer that you pass quals on your own. Therefore, without further ado, here are some things that worked for me.

I found a study group about halfway through Fall quarter and started having weekly meetings. During these meetings we reviewed basic topics from our 4 areas: linear systems, probabilistic systems, electromagnetics and optics, and circuits. There was nothing too special about these meetings. Just split up the work and have each person cover a few topics. While these preliminary meetings were nice for reviewing some very basic concepts that I forgot, they weren’t that focused and probably did not help too much. However, one thing that I did get out of these meetings was what to choose for my 3rd and 4th areas. After the review of E&M and circuits and discovering how little I knew about these areas and my inability to solve any of the problems, I decided to switch to computer systems and digital systems for my bottom areas. My advice here is just to look through the old problems and see which ones you feel most confident answering.

It wasn’t until the end of winter break, about a month before quals, that the fear of failing finally kicked in and I began to seriously study. The rough outline of my plan was to review my top two areas for the first 2 weeks, then go through all the old quals questions in the final 2 weeks. One of the most helpful things for me was creating a running notebook of all the material I covered. This made it easy to go back and review the most important concepts quickly without needing parse the textbook or dense notes again. At first I tried to read the notes from EE 261 and EE 278, but since I was not familiar with the notation, progress was pretty slow. After a few days, I switched to reviewing my old notes from my undergrad classes equivalent to EE 102A/B and EE 278. For me this took about 10 days, so after I was done, I briefly looked over the material from EE 261 and EE 278 for the things that my courses did not cover. Before this, I had no idea how to solve any of the previous quals questions, but even though I now had the knowledge to at least solve the easy ones, I still felt woefully unprepared. In the week before our schedules came out, I just worked through the problems in my top two areas starting from 1995, looking things up as I went along and adding them to my notebook. A week before the exam, you get your official quals schedule which tells you which 10 professors you will have. During this final week, I focused exclusively on solving all the previous from these professors that I could find. It was also at this point that I started studying for my 3rd and 4th areas. I believe this is a decent strategy for people that are not very familiar with their bottom areas, since there is just too much material to cover. By waiting until you know which professors you will have, you will only need to study at most 3 different relatively narrow areas. During this time, my quals group was still having weekly meetings, where we worked out some quals problems, which was fairly helpful since answers are not provided for most of them. However, my time spent studying individually far surpassed the time spent studying with my group.

During the day before, I mostly just reviewed my notebook, making sure that I remembered all the important concepts, equations, and derivations I had recorded. I also spent a decent amount of time mentally preparing my self and trying to make sure I was not excessively nervous or stressed. If you’ve been studying hard up until this point, you will be fine. Making sure you perform your best tomorrow is significantly more important than any last minute cramming. I would make sure that you are able to focus intensely for ten minutes straight, and understand that within those ten minutes, giving up is not an option no matter how difficult the problem may seem. Sleep early.

Hopefully, you’re able to wake up early feeling fully rested. You should have enough time to eat a good breakfast and warm up your brain. Try to stay calm and just focus on doing you best. If for some reason, one of your exams doesn’t go well, be sure not to dwell on it. You’ll have plenty of time after your exam to think about it. You should have at least twelve minutes in between your exams. During this time I just rested and tried to conserve my energy - go for a walk or just sit outside.

There is not much information about the pass rate for the EE quals, especially for more recent years. One site that I have found (using the web archive) which lists the pass rate from 1998 to 2012 is located here. This is somewhat comforting for the fact that the second time pass rate is fairly high. However, the quals exam has (supposedly) changed significantly since then, claiming that the first time pass rate is now higher. Based on what I’ve heard from my friends from their advisors and the sample points from the results in my year I believe the pass rate is around 60%, the conditional pass rate is around 20%, the the failure rate is around 20% for my class size of 82 PhD students. When I took my exam, there was no official information about the conditional pass, but essentially what it means is that you still need an advisor to appeal for you, but you don’t have to take committee quals. If you fail, then you need an advisor to appeal for you to take committee quals, then you must pass the committee quals (which it seems like most people that get to this point do).

As stated in Robert Chen’s quals guide, it seems like it takes about 100 hours of studying to pass. Clearly this depends on the individual, but I believe this number is fairly accurate, and my personal tally was around there. Given a month of studying, this is only about 3 hours a day. If you’ve made it to Stanford, just make a sincere effort to study and you should be in a good position to pass. Finally, if you are taking the quals exam, I wish you the best of luck and hope this article was helpful. Let me know if you have any questions or comments. 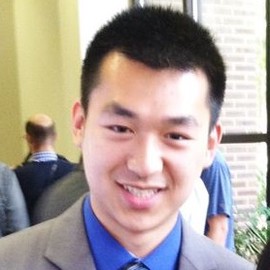